For historical information, Wikipedia has an article on Battle of Ortona.

Ortona is a map set around the eponymous town in Italy. It is fought between Canada and Germany.

There are six control points in this map: one is under German control, and the rest are neutral.

Both sides have a number of armoured vehicles for the map. However, there are a number of obstacles such as craters and Czech hedgehogs that will impede their movements. There are also a lot of stationary weapons within the town, therefore infantry takes an important role for combat and capturing flags, espeically within the town.

A Daimler Armoured Car at the outskirts of Ortona 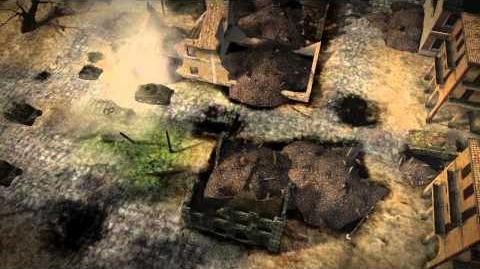 FPS klub - BattleGroup42 - Battle of Ortona (the movie)
Add a photo to this gallery
Retrieved from "https://battlegroup42.fandom.com/wiki/4312-Ortona?oldid=8514"
Community content is available under CC-BY-SA unless otherwise noted.